Covid19 has pushed businesses all over the world to adopt homeworking. However, it was not always set up in the ideal way: from IT tools to management style to how the remote workers are working. Things were implemented in a rush. In this blog series, we will unfold working from home in all its aspects.

This blog post is part one, we’ll have a look at how/why remote work is believed to increase employee productivity, the cultural differences, and what it takes to optimize ‘productive’ work from home. In subsequent blog posts, we’ll cover other angles such as legal frameworks, BYOD (Bring Your Own Device), management styles, cost optimizations, etc.

I have been working from home on a very regular basis in the past years. Living a roughly 90-minute drive from the office helped, of course. Remote working became my new normal a long time ago.

That said, it did not include to ‘never’ go into the office and not having any type of face-to-face contact with other office workers, like my team. It also didn’t include having my young kids running around the house while I’m working. I’m assuming the COVID-19 measure are temporary by nature, but also that the current peak in forced working from home will have consequences in the way we’ll work in the future. In other words, I’m convinced that the adoption of employees working remotely will grow with a hybrid model as result – so let’s do it right.

Jumping right into the subject. Remote workers with a flexible workspace policy (home, office, anywhere) are claimed to be more productive working from home. From personal experience, I agree with the claim: saved commuting time, lower stress levels, easier to stay focused, a higher threshold for people to interrupt you, etc.

We will talk about those drivers for success below. I’m not alone in feeling more productive when regularly working at home: an IWG Survey from March 2019 shows respondents tend to be very positive about the relationship between productivity and a flexible workspace /homeworking. 37% of respondents even claim to be 40% more productive when working remotely. Increased productivity when working from home is a fact.

Clearly, not every job can be operated from a home office. Where in some countries there are experiments with remote doctor appointments, I can’t see a nurse giving remote instructions on how to draw blood. Bus drivers, construction workers, etc. are not in the possibility to work from home either.

It is typically a perk for knowledge workers (white collar workers) and people that get most of their work done on a computer. In the US, the World Economic Forum estimates “around a quarter (24%) of workers in ‘management, business and financial’ occupations – such as corporate executives, IT managers, financial analysts, accountants and insurance underwriters – have access to telework. So do 14% of ‘professional and related’ workers, such as lawyers, software designers, scientists and engineers.”

However, “only 7% of civilian workers in the United States, or roughly 9.8 million of the nation’s approximately 140 million civilian workers, have access to a ‘flexible workplace’ benefit, or telework”, according to the 2019 National Compensation Survey (NCS) from the federal Bureau of Labor Statistics.

As the graphs below show, there are multiple variables that create a platform for flexible and work from home: the industry you work in and the role you are in matter. So does the size of the company: larger organizations tend to enable homeworking more broadly. There are cultural differences as well. In the next chapter we will have a look at differences between countries. 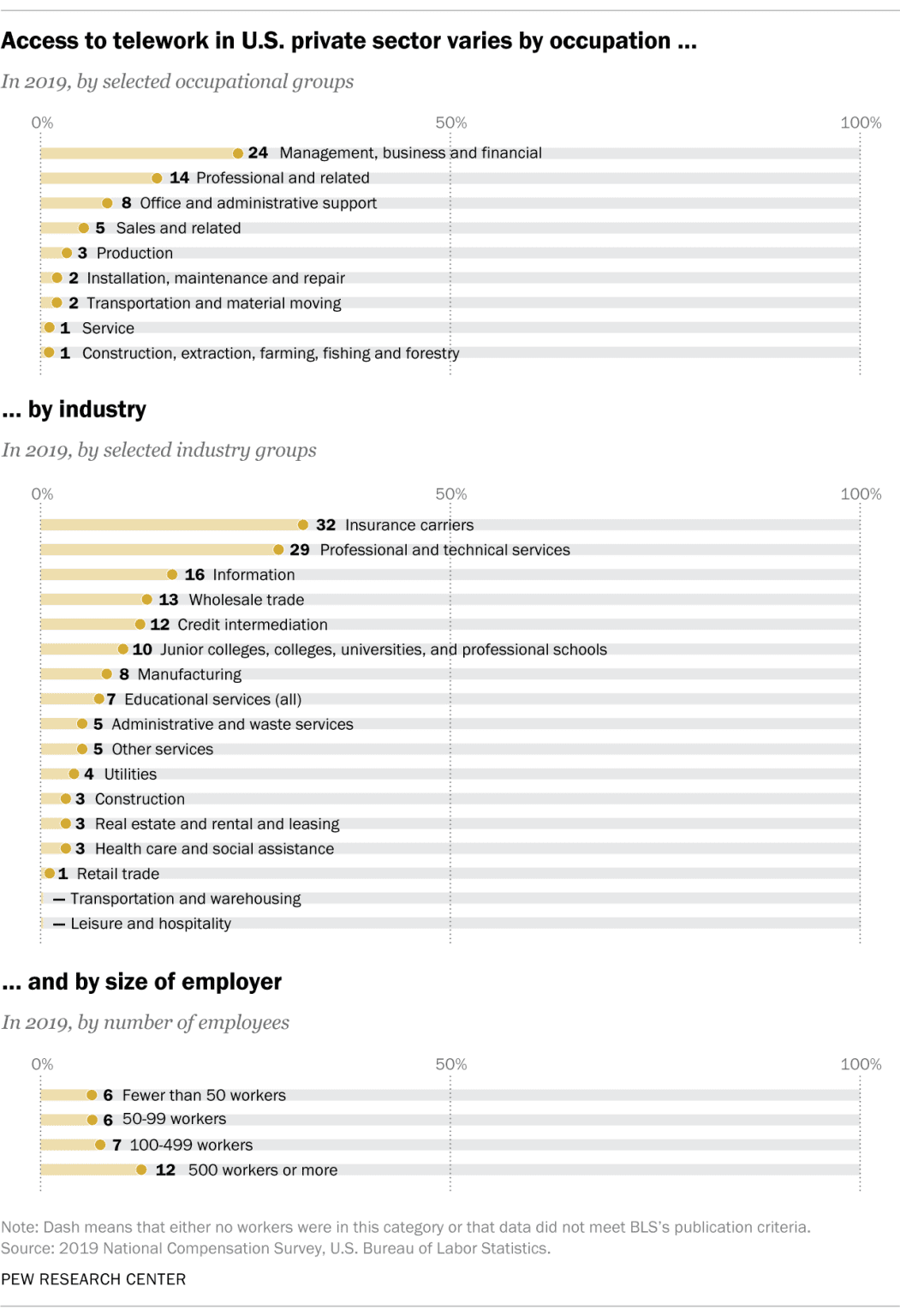 What are tips & tricks for homeworking?

Most people will agree they are more productive when working at home. That context is very personal. Let me share 10 tips that help me get the most out of my homeworking days:

If we look at the European Union, there are vast differences between countries in the adoption of working remotely. Data collected by Eurostat below – as collected by Merchant Savvy – shows the evolution of employees that occasionally work from home over the span of 10 years.

The differences can in part be explained by the unique mix of industries in each country (i.e. countries with more knowledge workers could logically have a higher number of employees work remotely compared to countries with more blue-collar workers in manufacturing). This reasoning doesn’t always apply. Sweden, for example, has a relatively large manufacturing industry yet is leading the pack in (occasional) working from home.

The availability of telecom and IT infrastructure, culture, leadership style, etc. will all explain the differences per country. 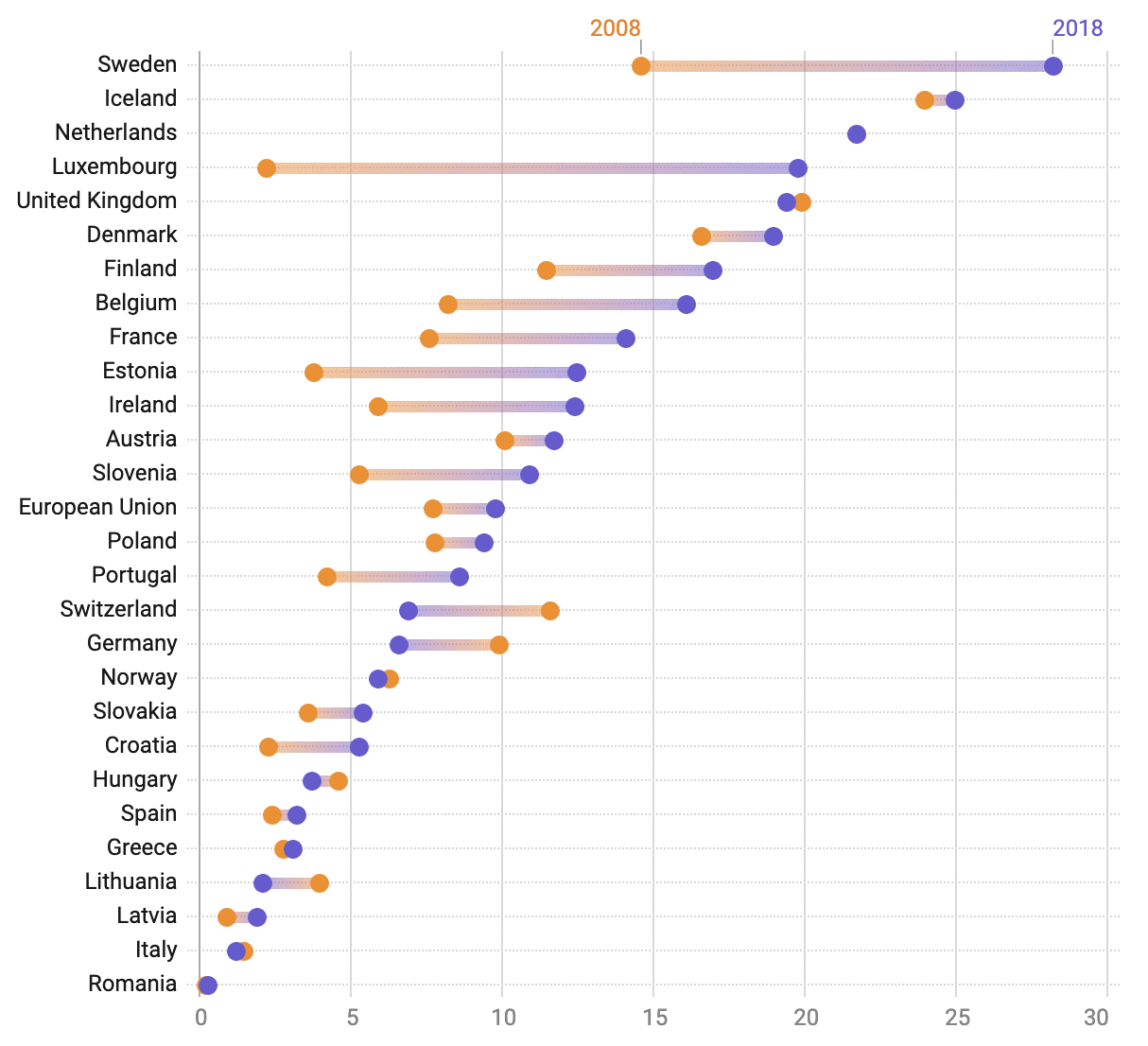 Eurostat: evolution in occasional home working in the EU 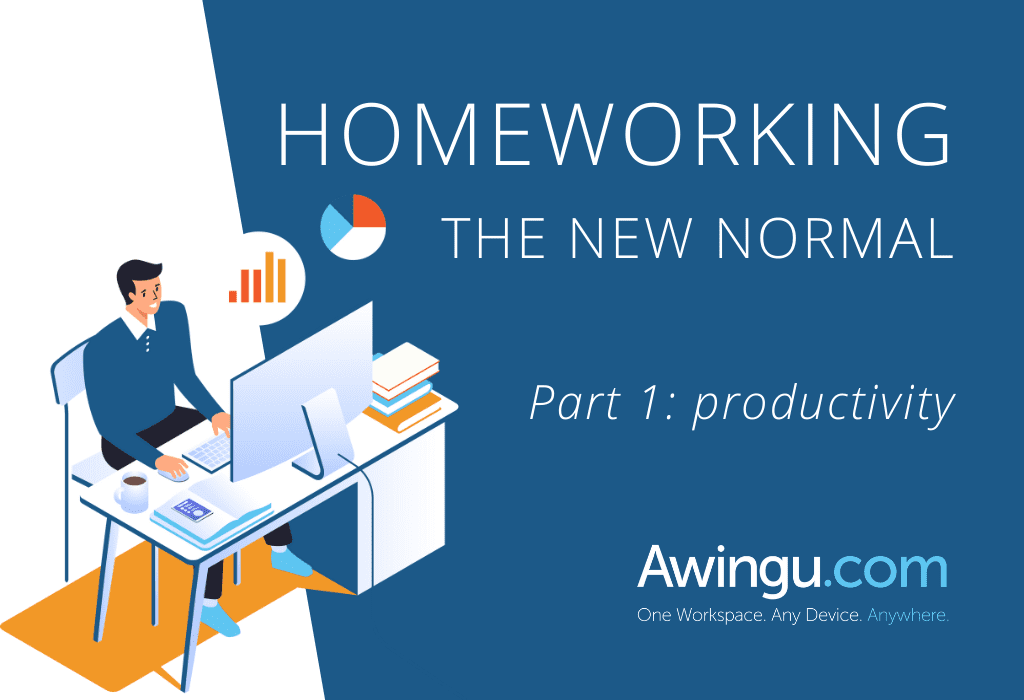