Microsoft has fixed a critical vulnerability in some versions of Windows that can be exploited to create a powerful worm. The vulnerability, tracked as CVE-2019-0708, is located in Remote Desktop Services. Because the risk and vulnerability are “that” high, Microsoft even released patches for Windows XP and Windows Server 2003, even it these platforms are out of support for year (even if still used).

What makes the vulnerability so dangerous is that it can be exploited remotely with no authentication or user interaction by simply sending a maliciously crafted RDP request to a vulnerable system. A successful attack can result in malicious code being executed on the system with full user rights, giving attackers the ability to install programs, modify or delete user data and even to create new accounts.

RDP has been a popular infection vector for malware threats in the past, particularly for ransomware, crypto miners and point-of-sale memory scrapers. Attackers typically steal or brute-force RDP credentials in order to gain access to systems. Unfortunately, too many RDP environments are left without the proper security perimeter as Awingu research showed in 2018 (e.g. Belgium, Italy, Sweden).

With Awingu, users don’t get direct access to the RDP infrastructure. Everything runs through a secure connection in the browser. As such, a lot of the RDP vulnerabilities are not that relevant of a risk. However, it is best to practice to update your systems with the relevant patch as soon as possible. Microsoft furthermore advises the following:

Want to find out more and see Awingu in action? Reach out to us! 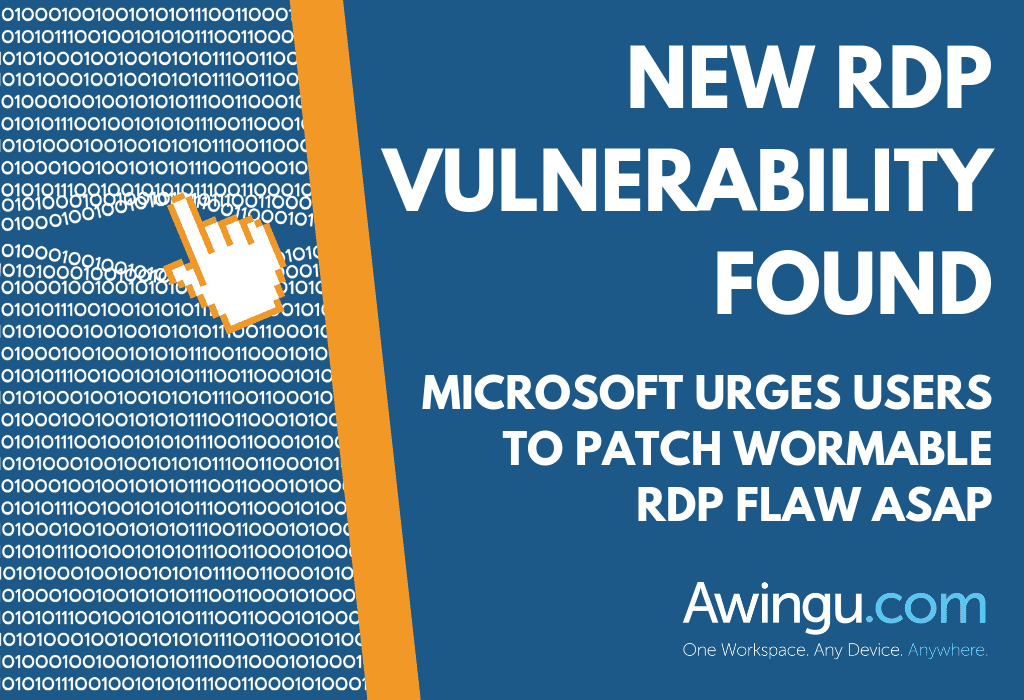